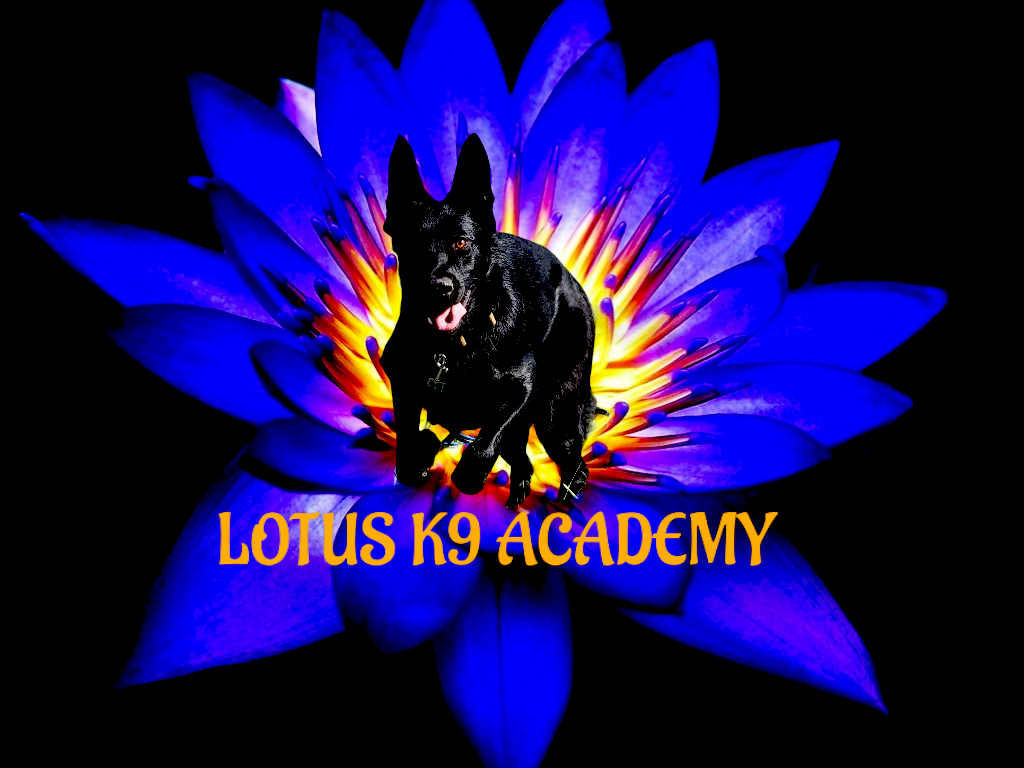 I was eleven when I acquired my first dog.  “Princess” was a black and tan German Shepherd bought from a K-Mart parking lot.  I did not understand the importance of training as it was never discussed in my household.  That was until Princess became an unruly and challenging puppy.  I started heavily researching various training methods, and I will never forget the first time I told my puppy to “sit” and she actually listened!  That feeling ignited my passion for working with dogs.  From there, I began to experiment with training other family member’s dogs to gain experience.  I branched out to helping my friends with their dogs from there and gained experience as a vet tech during that time. I fully trained my last dog to be my personal service dog, and I was blessed with a truly amazing dog for that purpose. She was trained as a PTSD service dog who performed tasks such as deep pressure point therapy (this can be very soothing to someone experiencing a severe panic attack), she also performed tasks such as body blocking and grounding (grounding is very important for someone experiencing flashbacks to help keep the individual in the present).  I continue to expand my knowledge every given chance, and have begun competing with my current German Shepherd in various sports and show events.

As I’ve aged, my love for dog training expanded.  I began to go to numerous seminars on subject matters such as dog training methods, nose work, competitive obedience, dock diving, dog psychology, canine learning theory, behavioral issues, and nutrition.  I have taken numerous lessons from various trainers, and read everything that I can find on various training methods and dog psychology.  I have developed training methods that are a combination of everything I have learned and continue to learn.  I do not believe in a “one method fits all” training ideology as every dog and owner do not fit into one boring box.

An important step in training your canine is finding a trainer that is right for your dog and you as a team.  I’ve worked with dogs on numerous training facets including the following:

I offer in person one-on-one lessons, but can do virtual lessons on a case by case basis. 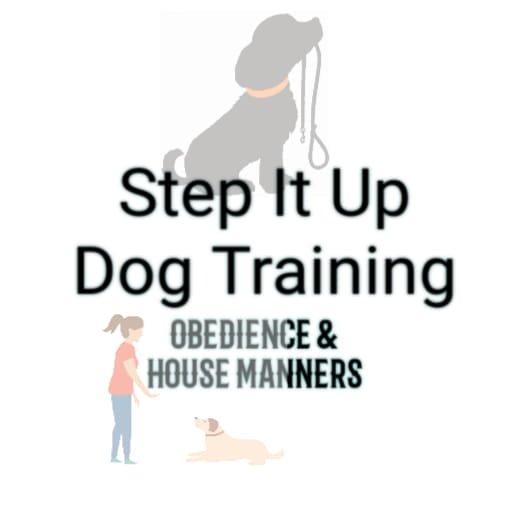 Step It Up Dog Training 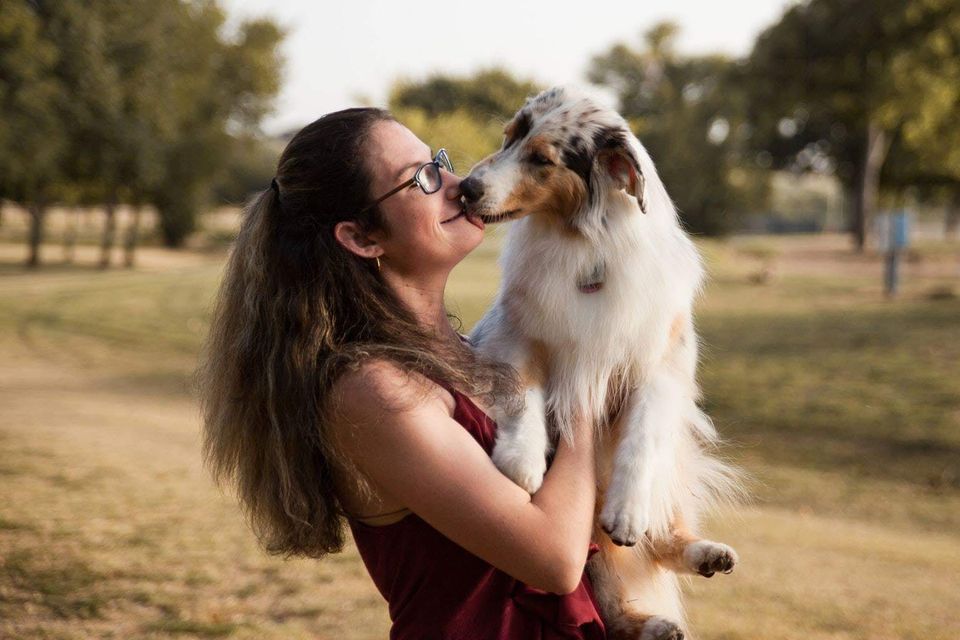 Lesley has lived in Fort Worth seven years, originally from Graford, Texas. Lesley was born being raised into the Australian Shepherd breed, with her aunt having them since the seventies. At eleven years old she started to learn how to do obedience training with an already trained aussie. From there she grew to have a lifelong passion of working with animals. Going on to compete at the 4-H state dogs show 5 years in a row. In addition to being a young girl in 4-H, she also went on to compete in the Australian Shepherd Club of America (ASCA) and American Kennel Club (AKC). Accomplishing many Best Junior Handler awards, and learning extensive knowledge of several different breeds in AKC . Such as, grooming techniques, and education of how they should be properly presented to a judge. Before long being taken under the wing of a Dallas resident AKC judge, and having the honor of presenting his English Springer Spaniels too many breed winning awards. Her dog showing has sent her all over the United States traveling to show against the stiffest competition in the country. She has even shown dogs that were here from France and Germany to earn their American championships.  In 2009, she was honored with breaking the Australian Shepherd Club of America (ASCA) breed club’s all-time record of high points in Junior Showmanship. That same year having the number one altered dog in the country. She has been training and showing dogs of her own and other peoples for fifteen years. She helped with the training of therapy dogs (German Shepherds and Pit bulls), which were able to be formally invited to visit Parkland Hospital in Dallas. She’s trained dogs to the extent of them being readily welcomed to enter nursing homes putting smiles on people’s faces. Her favorite thing to teach dogs to do is crowd pleasing tricks, like “playing dead”. Her current German shepherd “Katrina” can do around twenty different fun tricks.

In another aspect of her animal experience, she also was a Kennel Tech and had Veterinary Technician training. Which was consistent of learning individual doctor’s protocol of treating different patients, also prevention methods for the future.  In Lesley’s additional free time, she can be found hiking at local lakes with “Katrina” and her younger sister,  Australian shepherd, “Galaxy”. Dogs are a lifestyle for her, and she is currently teaching her two dogs to Stand Up paddle board with her. 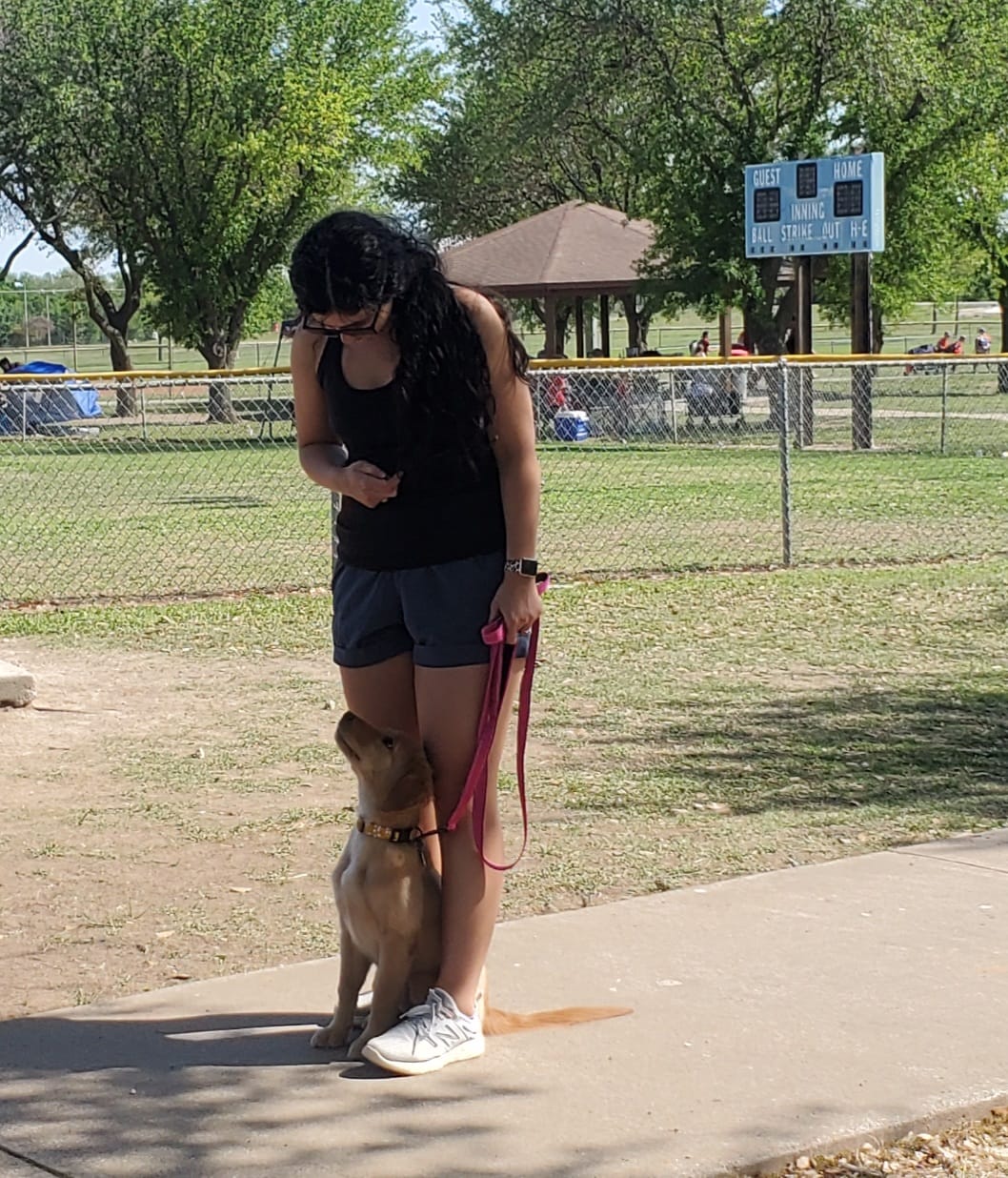 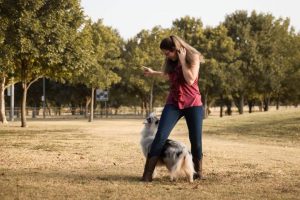